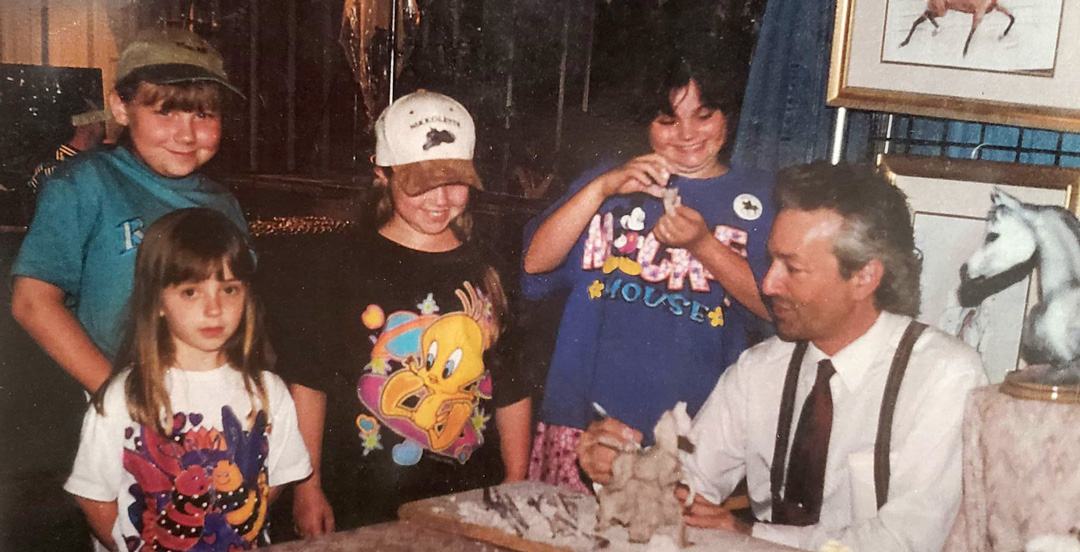 A Little Bit of Somethin’ From a Whole Lot of Nuthin’

When Ron Hevener appears at a book signing, he hands out small pieces of clay while he tells the story of a boy who bought a souvenir made in a magical island far across the sea, called Japan. “I believed someone made this little glass dog and put it in a box just for me,” he says. “Someone I’d never know, but they put that little dog figurine on a boat and it came all the way to a boy who couldn’t have a real dog of his own.”

That boy became an American-born novelist specializing in stories about dynamic older characters living exciting, powerful lives and making the most of it.

Ron Hevener was discovered telling stories and making clay souvenirs at tourist attractions in Lancaster County, Pennsylvania. From his studio on a farm, those hand-made figurines found their way to gift stores in Philadelphia, New York, Europe, Australia and made Ron Hevener one of the premier designers of collectible figurines living today. They have been featured in many publications, and they are exhibited at public events such as Arte Laguna in Venice, Arte International in Sao Paulo, Krufts, Westminster, Scottsdale and established art galleries. The Figurines were  collected internationally before the Internet was even invented.

Over the years, Hevener Figurines have been presented to political dignitaries, business leaders, television personalities, art collectors and entertainment celebrities from Broadway to the concert stage.

Mr.Hevener’s work is in The Museum of the Dog, The Smithsonian Institute in Washington, DC (donated by president and Mrs. Jimmy Carter) and The International Himalayan Institute.

A running joke about the designer feud between Ron Hevener and the late Karl Lagerfeld over a print showing one of Hevener’s characters with a white cat while on a long-distance call with her friend in Paris, Coco Chanel “was never serious” he laughs. “I think we were just trying to get each other’s attention,” he says, adding that he was an admirer of Lagerfeld’s. “And a few others along the way because I do see figurines as fashion.”

“All of us have creative power,” Hevener says. “And it’s true what they say about necessity being the mother of invention, I’ve learned. Life isn’t always a bed of roses … unless you take a hammer, some wood, a few nails, and make one … And — don’t forget the pillows.”

“All of us have the same amount of time in a day,” he says. “Young, old, fat, thin, Black, White or whatever ... Now show me what you made with that piece of clay somebody thought was nothing.”